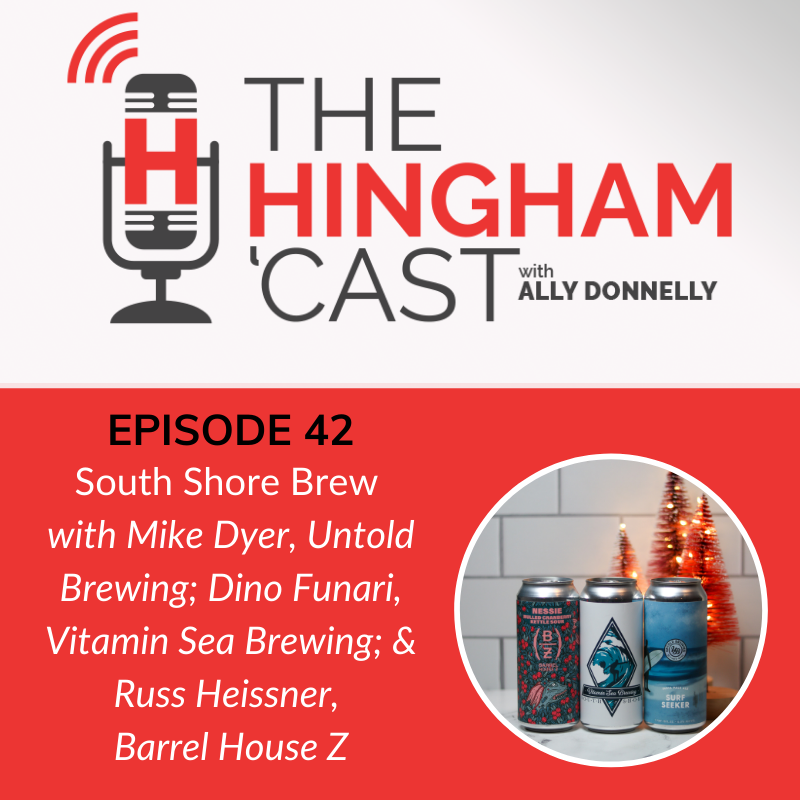 “We’ve always had this thing together of, you know, a rising tide lifts all ships.” –Dino Funari, Vitamin Sea Brewing

Mike Dyer (Untold Brewing), Russ Heissner (Barrel House Z) and Dino Funari (Vitamin Sea Brewing) are no doubt competitors, but they are fierce supporters of each other first. “We’ve always had this thing together,” said Funari. “A rising tide lifts all ships.” Theirs is a camaraderie that shines through as we sit down for a sweeping conversation on the South Shore craft brewing scene.

Heissner is the elder statesman. Unlike the others, he studied fermentation science in college and was the first head brewer at Harpoon, helping launch an iconic brand in the 1980s when there were just a handful of microbreweries across the country.

Funari started brewing beer in his kitchen and graduated to his basement, with a quick stop on the back porch. His home brews, that he would leave in a cooler outside his house in Hull for friends to try, became a coveted score and fans would call from around the world asking if they could come tour his brewery. Little did they know there was no brewery.

Dyer is a West Coast transplant who, like Heissner, made his way to Hingham to settle with his family. He is passionate about “the liquid,” but the business of craft brewing too. How can small brewers engage customers for life?

It’s a longer episode than we typically do, but the conversation is so good. What inspires a new beer? What’s the one beer the brewers have made that they are most proud of? Which new brewers are they watching and what’s next for each of the breweries? Untold and Vitamin Sea are on the hunt for second locations and Heissner, of Barrel House, is on a second chapter, researching ways to change the way beer gets made to be more sustainable and a help not a hindrance to fight climate change.

Our last episode on the fight for Vegan diners