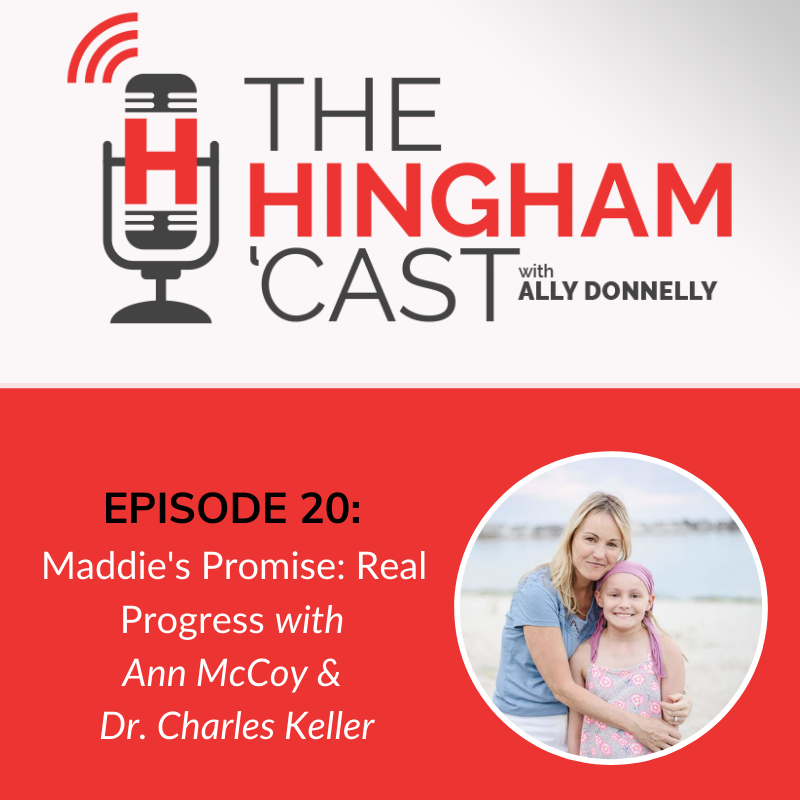 Maddie McCoy lost her battle to a rare childhood cancer called rhabdomyosarcoma in 2019. She was just 11-years-old. While she was still alive, her family and friends launched Maddie’s Promise. It was a sweet push to help Maddie raise money for other kids in the hospital and the people she saw living homeless on the streets of Boston.

That promise is now a promise to do everything possible to find better treatments and a cure for rhabdomyosarcoma. This episode shows it is not a shot in the dark or a Haily Mary pass. Money raised by Maddie’s Promise has helped researchers create new cell lines and launch a clinical trial. The sometimes modest gifts have helped doctors show the federal government there is promise on the horizon. That promise has secured them a nearly two million dollar grant from the National Institues of Health and free cancer treatment drugs for potential patients. It is thrilling to hear how one small community could have a massive impact on helping these children who have been considered largely “untreatable.”

The McCoys are hosting a fundraising gala tomorrow night. It is a free one hour, virtual event with live music, comedy, updates on research and the impact fundraising is having so far, along

with awesome silent auction items and raffles. I will be there as the evening’s emcee and I hope you and your kids can join us. As Maddie’s mom Ann says, “It’s too late for Maddie. It will be someone else’s child and someone else’s granddaughter, someone else’s cousin. But wouldn’t it be a wonderful thing if someone’s donation can help solve a cancer that right now is unsolvable. These kids don’t have a fighting chance and we can give them one.” Pre-register to bid on items or make a gift at www.maddiespromise.org.