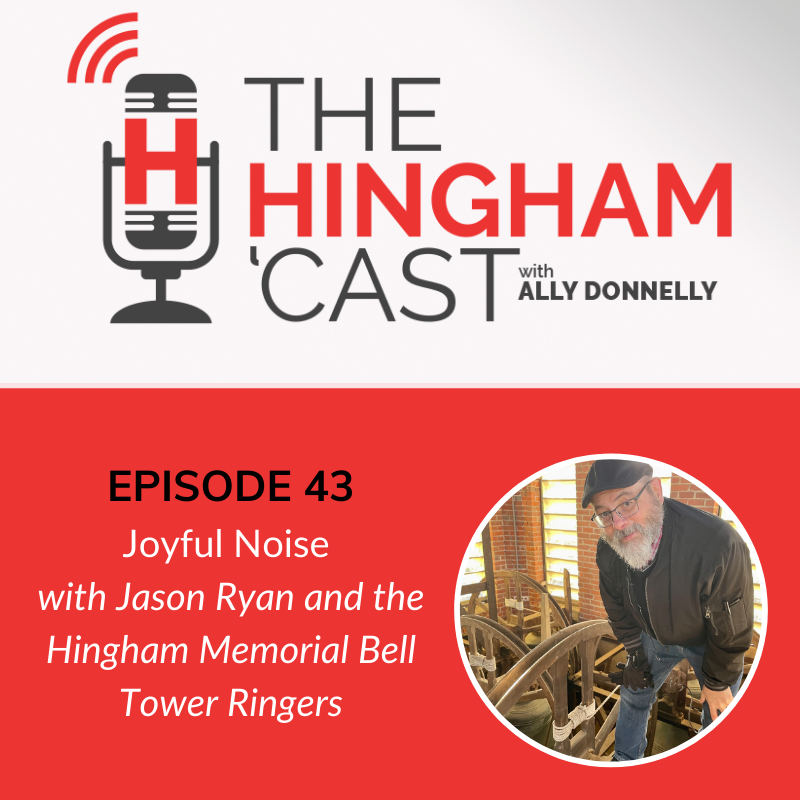 “It’s deceptively simple, but it’s going to take a lifetime to figure out how to do well.” –Jason Ryan, Bell Ringer

The first thing you see when you open the thick, black door to Hingham’s Memorial Bell Tower is a hulking rock that looks like a big, misshapen potato. “Unpeeled!” calls out Jason Ryan.

Ryan is a volunteer bell ringer and the unofficial historian of the tower. Built next to Old Ship Church on lower Main Street in downtown Hingham, it’s the only freestanding bell tower of its kind in North America. Though it sits next to the church, it is owned by the town. It was built to commemorate the 275th anniversary of the founding of Hingham, Massachusetts. Created as a “memorial with a voice” to honor the first settlers’ roots in Hingham, England.

The rock, which sits in the tower’s entryway is a bulky thank you from the people of Hingham, England. The rock was outside of the post office on town square. “You would step on it to get on your horse so you didn’t have to be in the muck,” says Ryan. “And so they sent this over to be the cornerstone of this building. But given its potato-like features, structurally it could not be on the corner of a tower like this because it would cause a weak point in the foundation. So later, when they were digging the foundation for this building, they dug up a chunk of granite. And they said, ‘Well, let’s send that back to Hingham, England. So there was this crazy early 20th-century rock exchange between towns.” 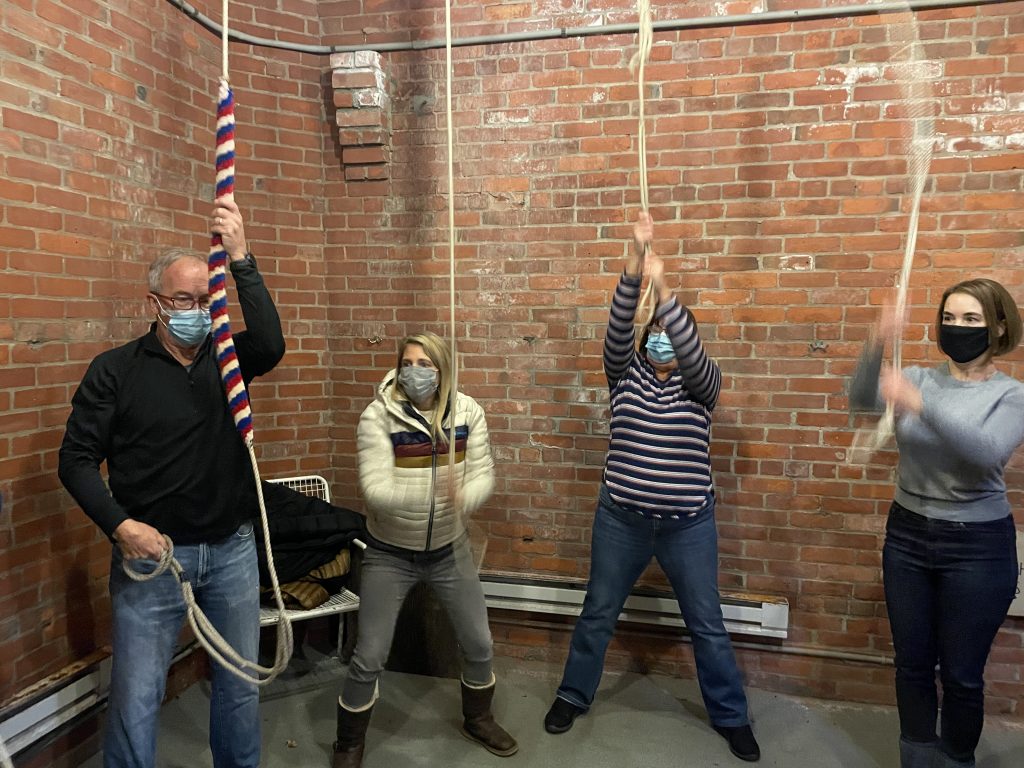 There are 10 functioning bells in the tower’s belfry. Weighing anywhere from 500 pounds to more than two thousand pounds, the bells are recreations from bells that hang in churches in and around Hingham, England. They were cast by the same foundry that cast Big Ben and the Liberty Bell. “So the idea was that they would hear bells that our Hingham ancestors would have heard ringing around their town before they came here,” said Ryan. “They’re all different sizes so that they can strike different tone notes in a scale. The heavier bells or are on the bottom level and our lighter bells are towards the top.”

Two floors below the belfry is the ringing room. Thick ropes dangle through the ceiling in a circle and every Saturday, 10 volunteers come to pull on those ropes for an hour, for the enjoyment of the community from 9:30 to 10:30 in the morning.

The volunteers choose their bell and put two hands on their rope. “Our fearless leader will have us raise the bells,” said Ryan. “And then you’ll see us either ring rounds or patterns that we like to practice. The process of this kind of bell ringing is physical. The volunteers are using their whole bodies.

Did you miss our last episode? Check out the latest on local craft brewing with South Shore Brew!