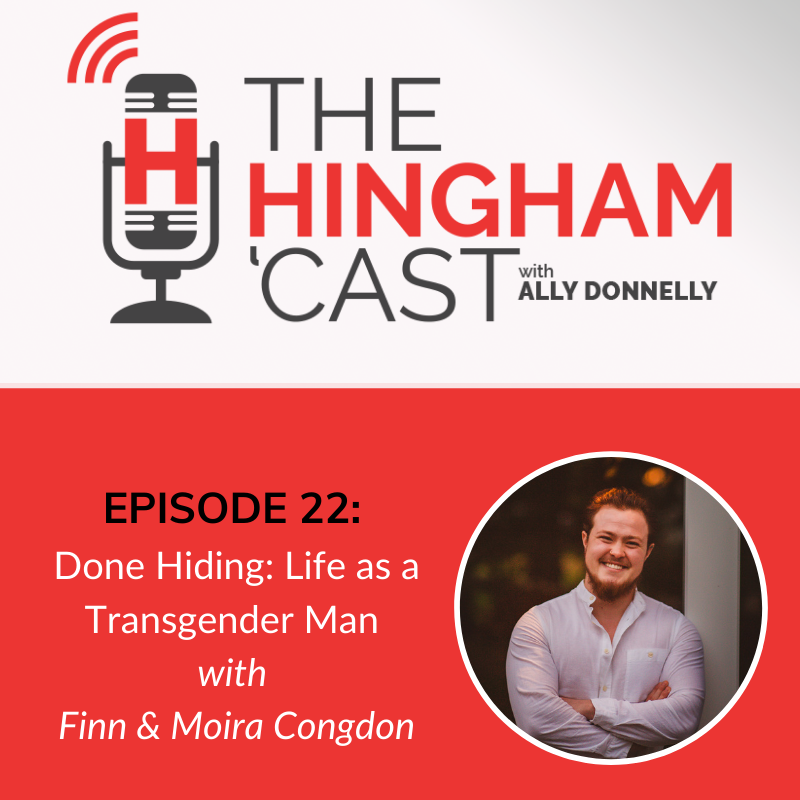 “I was this shell of a person. I was trying so hard to hide from everybody.”

Finn Congdon was born into a girl’s body. He spent his entire childhood trying to figure out why his life didn’t feel right. He wore baggy, body-hiding clothes. He avoided mirrors, tried not to let his hands touch his body and sank into a devastating depression. Finn didn’t know any other transgender people. He didn’t even know what transgender was. “If I had known that was a thing earlier in my life,” he says. “I would have gone through–at least my social transition much earlier.”

Every transgender person’s journey is different.But  Finn takes us through his early years: wanting to play with the boys, be like the boys, dress like the boys through the heartache of middle school confusion and bullying. “A lot of people saw my lack of femininity and looked at it as a challenge that they could crack,” he says. “They wanted to make sure that it was something I was thinking about constantly. They wanted to make sure it was something I never forgot.” Finn moved to private school and it was there, in high school, that he met his first transgender man. That meeting changed everything for Finn and was a window to what was possible.

The Hingham man had a loving, accepting family, but was still terrified to come out as transgender. “I was so terrified that I was going to come out with a conclusion about what my gender was,” he says. “And then I might change my mind.”

But, he didn’t. At 18 old, Finn came out as transgender and could finally be himself. He spent the next few years in discovery and transformation. It is a painful, but beautiful journey, one that led to self-acceptance and love.

Many thanks to Finn and his mom Moira for such an open conversation. Moira shares her perspective as a parent who does not want life to be hard for her child, but who also wants happiness for her son.