Back on Stage: The Return to Live Theater 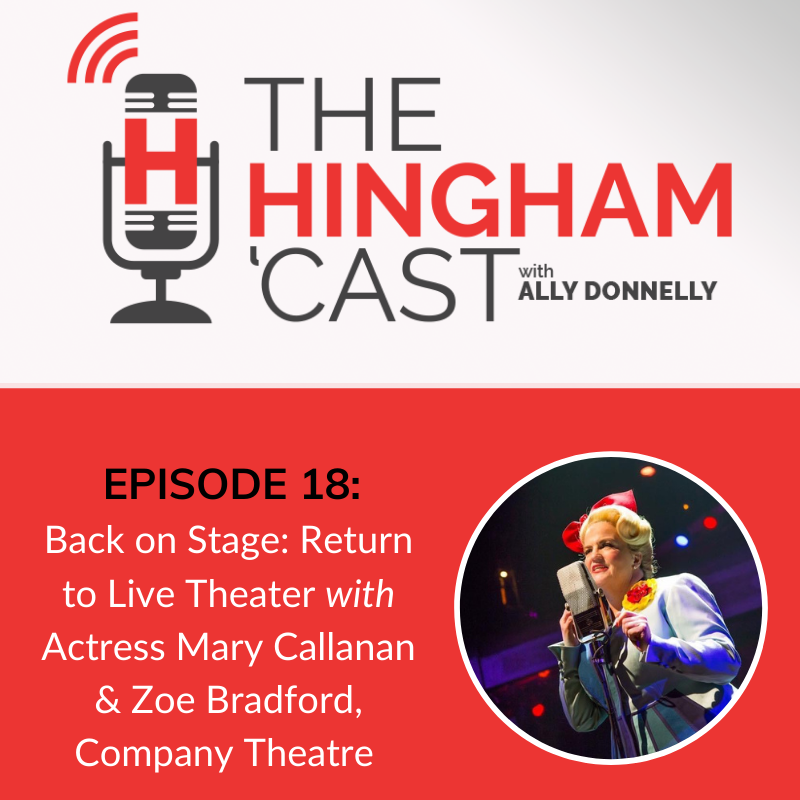 “If it’s a little bit restricted still, I think they’ll still settle in with that. I certainly hope so.”

With restrictions eased, famed theaters from New York’s Broadway to beloved community theaters here on the South Shore are pledging to get productions back on stage by the fall. But exactly what that looks like for audiences and actors is still being figured out. Last week, New York Governor Andrew Cuomo announced Broadway would reopen at full capacity by the middle of September. Broadway in Boston, which runs The Opera House, The Emerson Colonial and Blue Man Group among other venues says it won’t host in-person audiences until November. The Company Theatre in Norwell is pushing for indoor performances in mid-September, but is waiting on guidance from the Centers for Disease Control before finalizing specific plans.

In this episode, Ally talks with Broadway actress and South Shore native Mary Callanan. Mary shares what the loss of performance has been for her and how she feels about getting back on stage in a crowded theater. “We lost our jobs,” she said. “If you’re an entertainer of any kind, you lost your soul.” She said she plans to wear waterproof mascara for her first time back on stage, knowing she’ll be emotionally overwhelmed. “We all need this in our society. I feel that it’s the last piece of the puzzle, to get us back to some semblance of you know, being on the correct lane in the highway–going forward.”

Ally also sits down with Zoe Bradford, co-founder of Norwell’s Company Theater who shares the pain of these last 16 months. Her longtime friend and co-founder of Company Theatre, Jordie Saucerman died last summer, typically the time when Jordie was joyfully engaging with the kids at Company’s theater camps. “It was such a tremendous loss to all of us,” Bradford said. “But she wouldn’t want us to be moping around saying how tough it has been, she’d say what can we do to make this work? And that’s, that’s really what we’ve all rallied together. You know, because the pandemic was nothing any of us could have ever planned for or predicted or been prepared for in any capacity.”

Zoe shares how hard it was to furlough many of her beloved employees in the pandemic and talks about the “epiphany” that may well have saved the theatre. “New Englanders, we’re tough,” she said. “We will go outside when it rains and things. So we became creative and became like outdoor performers.”

Zoe says she’s not sure what her first shows indoors will entail in terms of restrictions. Will there be a regular intermission? Will people still be allowed to buy snacks and eat and drink during the show? “I have to wait and see what the CDC guidelines are, I think I really can’t answer that until I know,” she said. “I want to make our patrons feel really safe. So if they’re going to be uncomfortable because the guy next to them is eating popcorn, then we’re not gonna do that. I think that’s what we’ll have to determine,” Zoe said. “But I also feel that patrons are going to be anxious to come and see something. So if it’s a little bit restricted still, I think they’ll still settle in with that. I certainly hope so.”